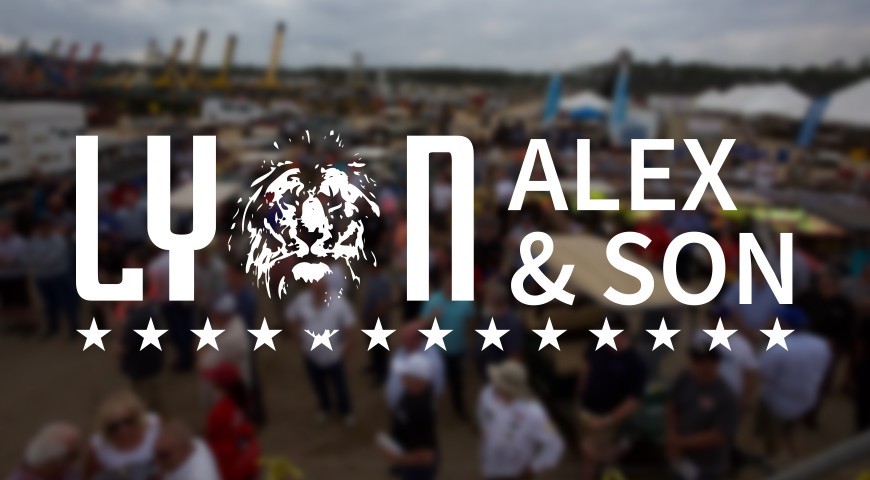 In 1950, an enthusiastic entrepreneur named Alex Lyon purchased a farm in Bridgeport, New York that he would later name “Alex Lyon Livestock Company.” Primarily, this company handled private treaty negotiations of cattle and farm machinery with the occasional public auction. Within a few years, the business became one of the largest in New York State. Its reputation for quality and respectability grew along with its sales volume. Lyon became a trusted company known for treating customers fairly.

As the company grew, Alex’s son, Jack Lyon, loved the work and wanted to get involved as much as he could with the business. According to Alex, Jack was incredibly ambitious and listened intently. In 1973, Jack graduated with a business degree in Marketing at the University of Cincinnati. After graduating, he became a lot more active in the auction business. Eventually, Alex Lyon Livestock Company began diversifying the type of auctions they conducted. A major construction company then signed an agreement with Lyon allowing them to manage an upcoming auction. After the auction was completed successfully, one sale led to another and the father and son team led the company to become a nationally recognized auction house.

On that day in 1950, Alex could only dream of what his company would eventually become. As the business grew and grew, it eventually earned the title of America's largest privately owned auction company! The company is now called Alex Lyon & Son Sales Managers and Auctioneers, Inc. Its corporate philosophy throughout the years has always been "if you need us, we'll be there."

Today, our family-owned operation is a success worldwide. We have expanded to Canada and Mexico in recent years making the company even more prosperous. Our headquarters are still located in Bridgeport, New York and we conduct construction equipment auctions all throughout the United States from New York to California. We also have customers that come from countries such as China, Saudi Arabia, Spain, Turkey, Israel and the continent of Africa that trust us to give them the best used heavy equipment for sale.